The Ghana Triathlon Federation hosted its second triathlon in Ghana on the 15th of November. 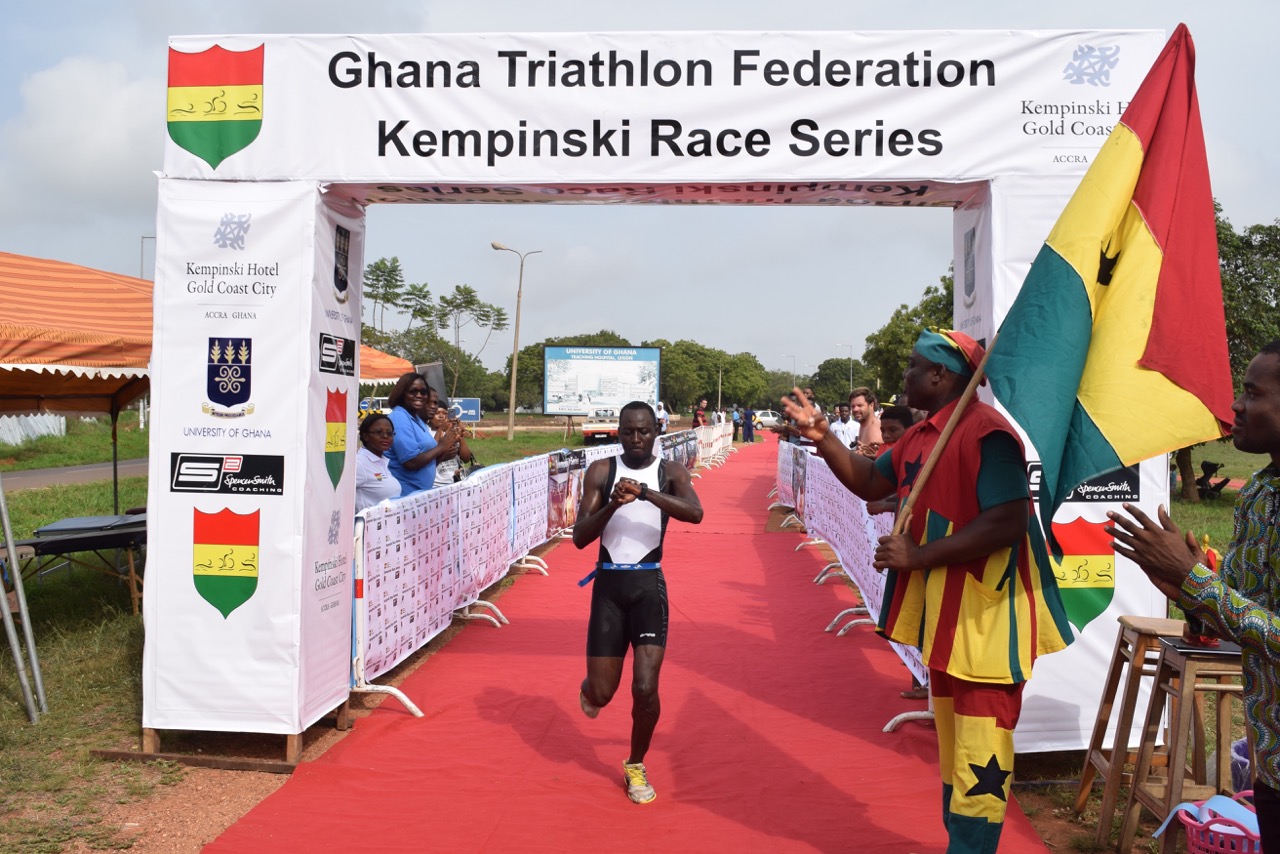 It was a successful event, with 47 active participants, which was up from 13 people at our first event in March. The participants were a good mix across gender, age and nationality. The sprint relay proved to be very popular and moving forward the hope is to eventually upgrade relays over time to individual races. Participants from various cities around the country also were given the opportunity to visit Accra, the capital city of Ghana.

The event was widely covered in the press before and after the race, with 6 TV interviews, 10 newspaper articles and 11 radio features. A press conference at the Kempinski Gold Coast City Hotel, the race sponsor contracted through 2017, which included over 50 attendees from the media and Ghanaian sports authorities/associations including: National Sports Authority, Ghana Olympic Committee, Cycling, Athletics, and Swimming.

The Federation will be announcing its race schedule for 2016. This will include 3 sprint races, one of which will hold a relay, a super sprint and a duathlon with the goal of encouraging new participants to take up the sport. There is also ongoing talks about the potential of hosting a duathlon in Tamale, a city in northern Ghana during the rainy season over the European summer.

The goal for 2016 is to reach 100 participants and continue to source local talent before approaching potential sponsors to procure bikes and send athletes to international races, including the World Championships. Once this happens, there is plans to introduce an Olympic distance course, with timing mats and open water swimming, in the Volta Region, two hours from the capital.