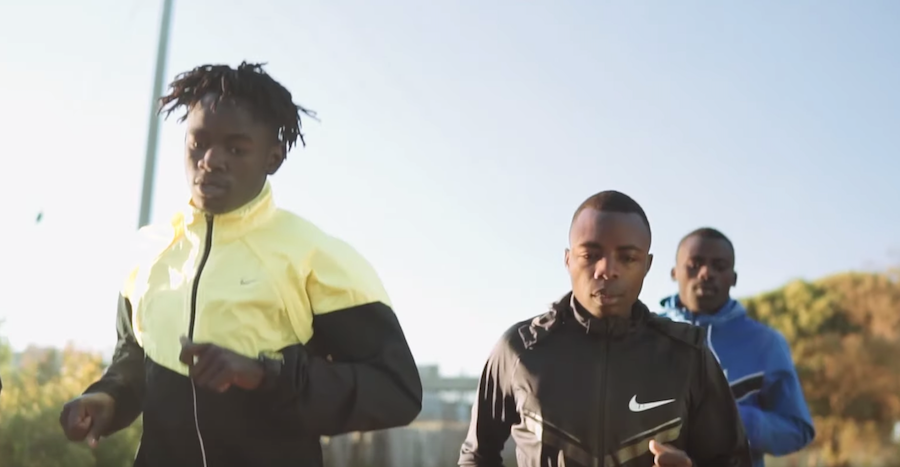 A new documentary highlighting both the determination of, and obstacles faced by, a group of athletes from a poor neighbourhood in Nairobi tells the inspirational story of the five young Keyan’s journeys to this year’s Pontevedra Multisport World Championships. Entitled ‘Breaking the Ceiling’, it follows the work of Vincent Ochieng, director of the Kibera Sports Project, and his mission to help young duathletes graduate from the Kibera Sport Project and realise their dream of competing for a duathlon world title later this month, against all the odds.

“I was an athlete with no coaching experience but I was born and raised in Kibera and the kids there seem to have so much energy that I thought it would be useful to try and concentrate it on sports,” says Vincent, Kenya’s Triathlete of the Year in 2007. “It’s very hard to sustain a project like this but they are determined and resilient. Success for them would be the difference between having a good life and living their entire lives in the slum, so they want it more.”

Working alongside him for the past year has been Chilean Maria Eugenia, an amateur runner who met the coach while he was organising the popular Wildman Triathlon in Watamu, one of several events that Vincent puts together in order to raise money to help fund his athletes’ entry to events like Pontevedra. The Chilean running enthusiast was inspired by seeing the difficulties faced by these determined young talents.

“The running equipment is sponsored by RUNNERSPOINT, Vincent’s running shop, but the cycling equipment barely exists,” says Maria. “Out of the five road bikes that they use for training, three of them are borrowed from friends. They share the other two bicycles between them the rest of the time. The bikes are about 11-12kgs and aluminum frames, which are considered sub-standard and keeps them out of the elite races, so they will be in the Age-Group categories in Spain.”

The five athletes, who will form part of a 26-strong Kenyan team in Pontevedra, are Eddy Odhiambo and Kennedy Ochieng (20-24), Victor Odhiambo (25-29), Vincent Ochieng (30-34) and Washington Otieno (35-39). Aside from Washington, they all had their first taste of international racing 12 months ago at the Fyn World Championships in Denmark, where Eddy narrowly missed out on a landmark podium, finishing fourth.

“We hardly get any cycling equipment,” adds Vincent. “Some friends lent us the bicycles that we have used for the last 4 months in preparation for the World Championships, but we will have to give them back when we return and wait again for next year.”

Due to the poor quality of the roads in and around Kibera, the team mostly now trains in the city of Iten, more than 350km from their home in Nairobi. Despite all of these obstacles, Vincent remains incredibly optimistic about their future.

“Can our work produce an elite triathlete? Definitely. We are in Pontevedra to target podium places in all the categories, then we look ahead to 2020 and the World Games in 2021.”

For all the start lists and information on Pontevedra 2019, click here