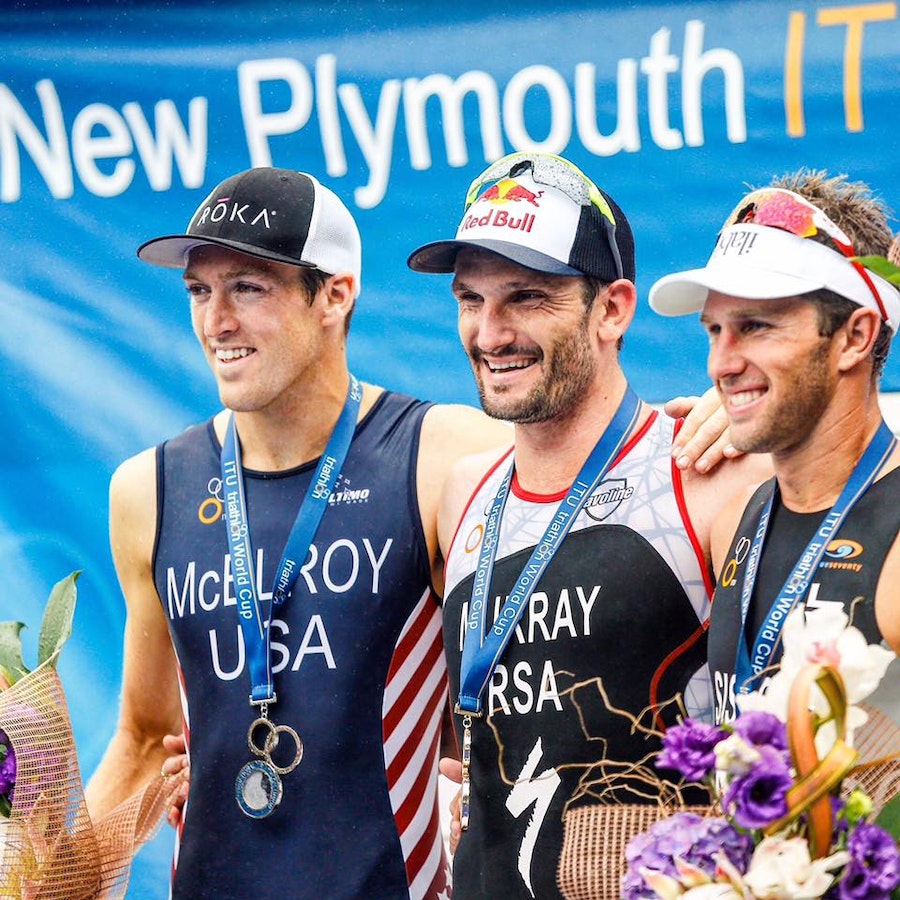 Not only did Murray manage his second consecutive win in the 2017 World Cup series this past weekend, but also his third consecutive New Plymouth ITU Triathlon World cup title.

RSA’s Henri Schoeman and New Zealand’s Trent Thorpe was the first to exit the water in the Elite men’s race for the 2017 New Plymouth World Cup event. Sullwald and Murray followed in 10th and 13th positions respectively.

Murray had the quickest run in the field after pacing at an average of 2min53sec/km over the 5km run course to cross the finish line in 1st place. Schoeman finished in 5th position with 15 seconds to Murray’s win and Sullwald finished in 22nd position.

Murray and Schoeman were both very happy with there performances at New Plymouth.

Murray: “3-Peat here in New Zealand , very happy with start of this year, gone very well . Back to Gold Coast today for a week and last race of 1st phase of 2017 is done . Love to race here in Taranaki hardcore !”

Schoeman: “Good racing on tired legs in #NewPlymouthWCTried a couple moves and some fast running to finish off in 5th! Time to freshen up for WTS Gold Coast this weekend.”