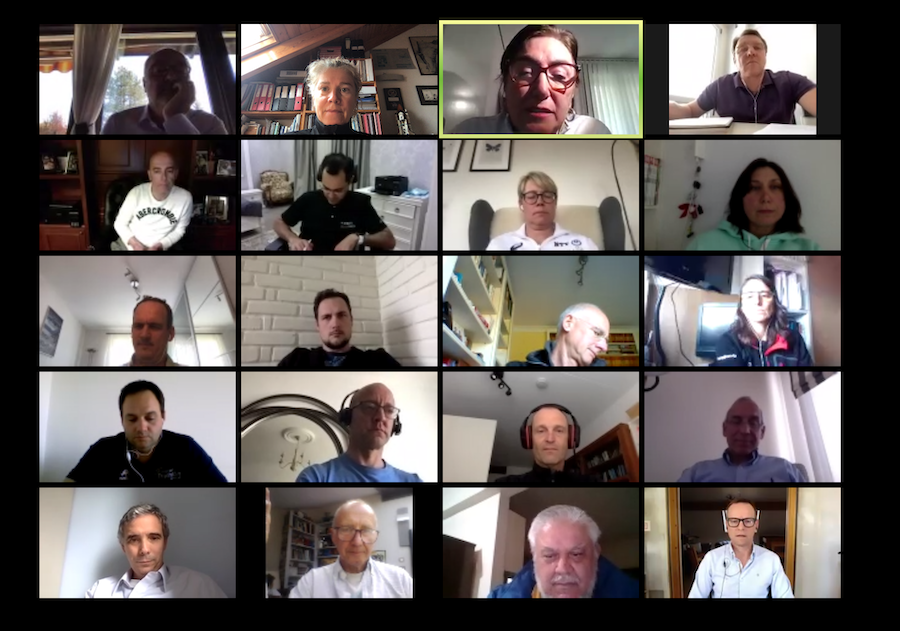 World Triathlon President and IOC member, Marisol Casado, has held a round of meetings with National Federation Presidents and Secretary Generals, to discuss with them all the latest updates on the crisis situation generated by the COVID-19 outbreak. It was also an opportunity to, first and foremost, receive direct feedback from each member Federation on the current situation in their respective countries, their athletes and coaches.

To allow all National Federations to participate in different time zones and different languages, World Triathlon organized six meetings, one for each Continental Confederation and two, one in English and one in Spanish in the case of the Americas. A total of 87 Presidents, from all the corners of the globe, were able to connect with the World Triathlon President, the Secretary General, Executive Board members and senior staff of the Federation, allowing them to stay in touch and receive direct information and feedback.

“It has been a fantastic opportunity to listen to each and every one of them, to know how they are dealing with the current situation, the impact that COVID-19 is having on their athletes, their training, their events and their members. It is in these difficult times for all of us when we have to be close to each other, share experiences, information and knowledge so that we can cope with this in the best possible way, always considering that our foremost priority is the health and safety of all the World Triathlon Family”, she explained.

One of the most asked question from different countries was related to the Olympic and Paralympic Qualification rankings and criteria, that will be approved by the IOC and the IPC in the upcoming days.  Countries like Switzerland, Norway, Great Britain, Senegal, Canada, Australia and Japan, just to mention a few, expressed their total support of the principle approved by the World Triathlon Executive Board, that the rankings won’t be restarted “until we can guarantee fair conditions for all athletes”.

“It is clear that the situation is not similar in all regions, and that some countries will be able to return to their normal activities sooner than others, but it is really helpful for us all to have a broad picture to better coordinate all our efforts”, said Casado.

The Oceania Triathlon Union countries started the long day of meetings, with Australia, New Zealand and Samoa participating in the videoconference, followed by the Asian Triathlon Confederation (ASTC) meeting, with 22 countries attending. Another 11 African National Federations had the opportunity to share some time together in the early afternoon.

The most crowded meeting was the one with the European Triathlon Union countries, with 32 National Federations attending the call, and all of them sharing their experiences and activities, and suggesting some options moving forward.

The American Continent was divided into two different calls, one in English with eight countries represented, and a last one in Spanish for Latin American countries, with another seven National Federations sharing some time together.

“Despite the tremendous challenges of the virus situation around the world, there will be some positive outcomes. One of them is this concept of further connectedness through these types of video conference calls with all our members, the National Federations, and we will continue to listen to their questions, suggestions and feedback to keep improving as an organization. Together, we will come out of this crisis stronger”, said President Casado.